It is begun 2006г.
Together with ICPT.
The supervisor of studies – Bobrov A.P., MD 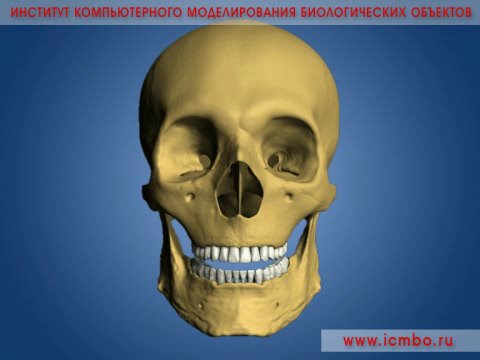 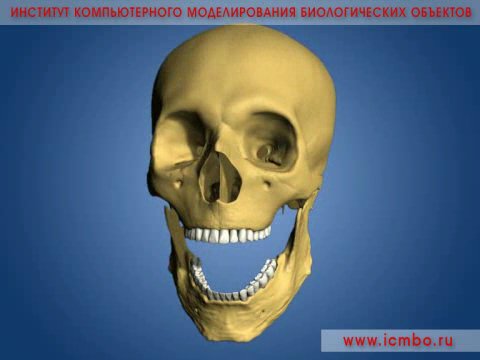 Creation of systems of the virtual simulation of biomechanics of anatomic organs is an interesting and promising direction in development diagnostic and prognostic medical complexes. Applicability of such systems depends on ability to provide fast, exact and rather cheap from the point of view of computing expenses generation of a computer model of a physical object (system) and its visualization in the form of the interactive three-dimensional drawing. To solve the above problems, it is convenient to use methods for the reconstruction of complicated, high specified three-dimensional scenes by processing of data flows received from sensors. Such methods have the general name Image Based Rendering (IBR). The method of the imitation of dentofacial system with the use of IBR methods allows:
- optimizing a process of the generation of a dynamic model since there are messages for economy of resources, i.e. the preliminary analysis of calculations with known analytical decisions or the received experimental data is not needed;
- achieving the maximum conformity of geometrical, spatial parameters of model during the different moments (phases) of changes to parameters of a physical prototype.
Such approach is characterized in that it offers the consumer (physician, dentalprothetist) the possibility to carry out studies of a virtual biomechanical model of a dentofacial system of an individual patient by computer processing the information and interactive interaction with such an object, including possibilities of input of experimental data for the subsequent calculations on the model.
Accuracy of the calculations is provided due to:
- resolving possibilities of scanners and sensors which fix geometrical parameters of the original occlusive field and control points of the occlusion;
- inclusion model calculations of parameters of excursions of teeth, when loadings act in various directions, in the system;
- computing possibilities of vector geometry.
Carrying out research under the project «Design of Virtual Maxillofacial Models for the Purpose of Studying the Development of a Pathology and Selecting Procedures of the Treatment of Stomatologic Patients», our group has come to a conclusion about the possibility to design the system to solve the problem of designing a virtual biomechanical model of dentition in an individual patient by combining several devices of gathering of the digital information, registering different physical phenomena.
This technical decision is protected by Russian useful model patent № 80111, 27.01.2009, «Hardware-software System of the Functional Analysis of Occlusion and articulation».
To a hardware-software complex the software “Occlusion Navigator” is developed.
The software “Occlusion Navigator” differs that counts microexcursions of teeth concerning jaws at any occlusion moment.
Modelling of reactions of teeth became possible after the decision of the problems connected with working out of algorithm of segmentation of a digital file of a three-dimensional grid of virtual model of a jaw. 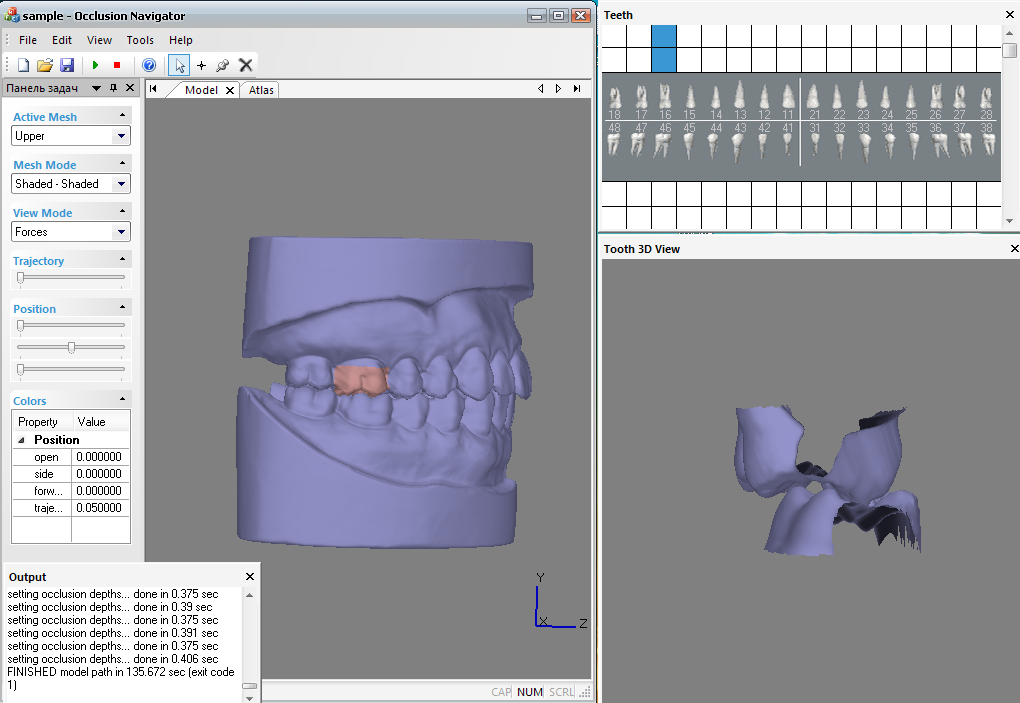 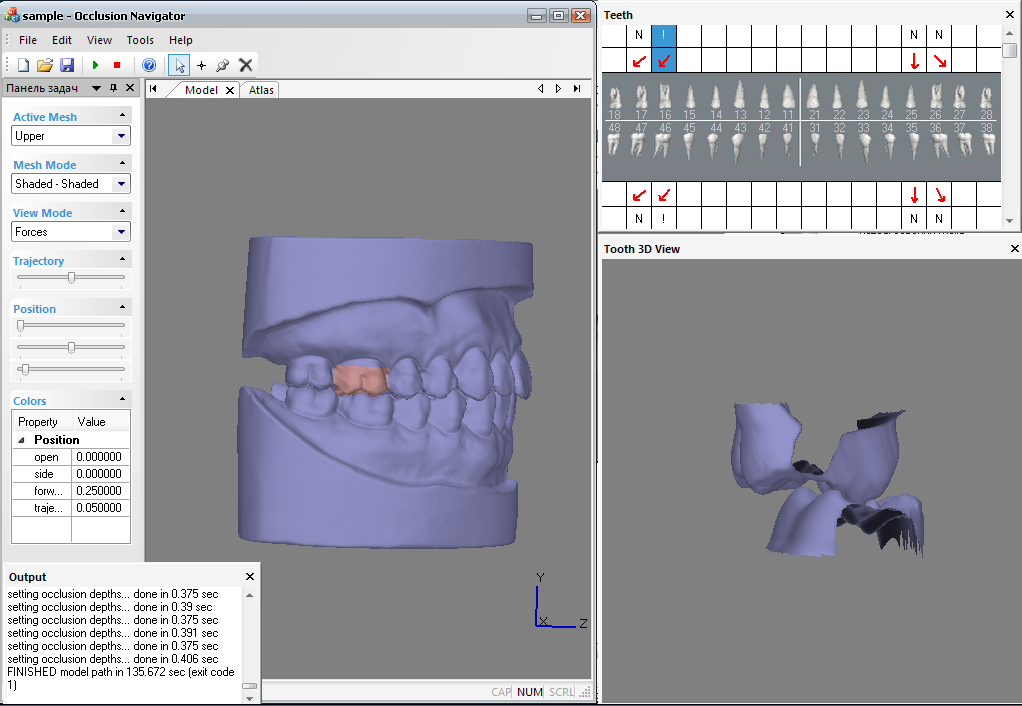 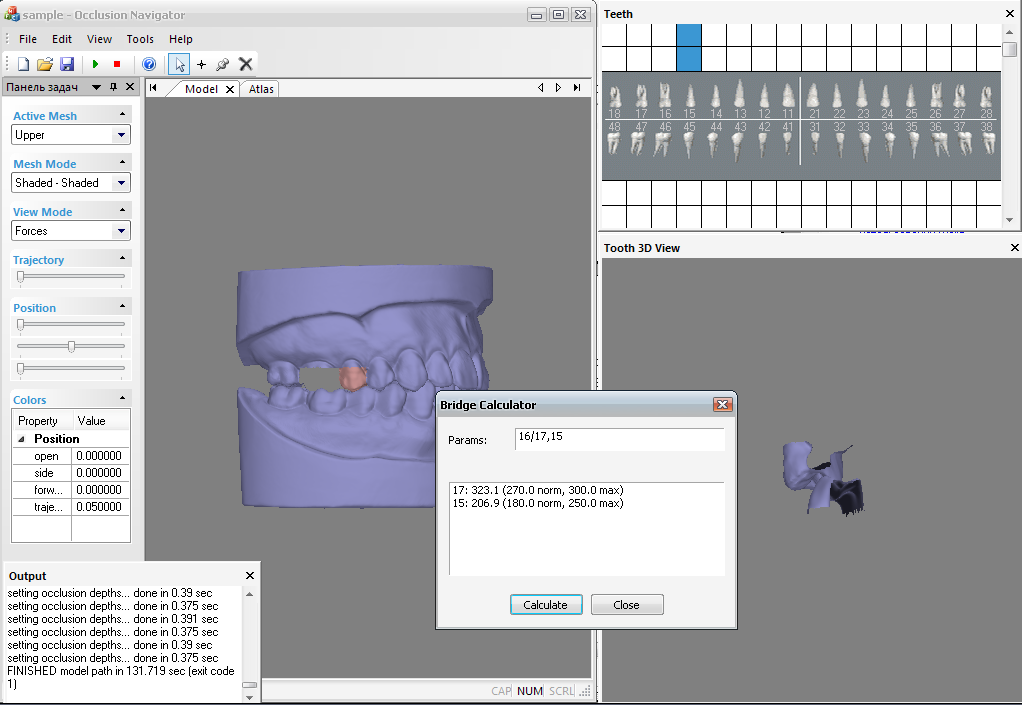 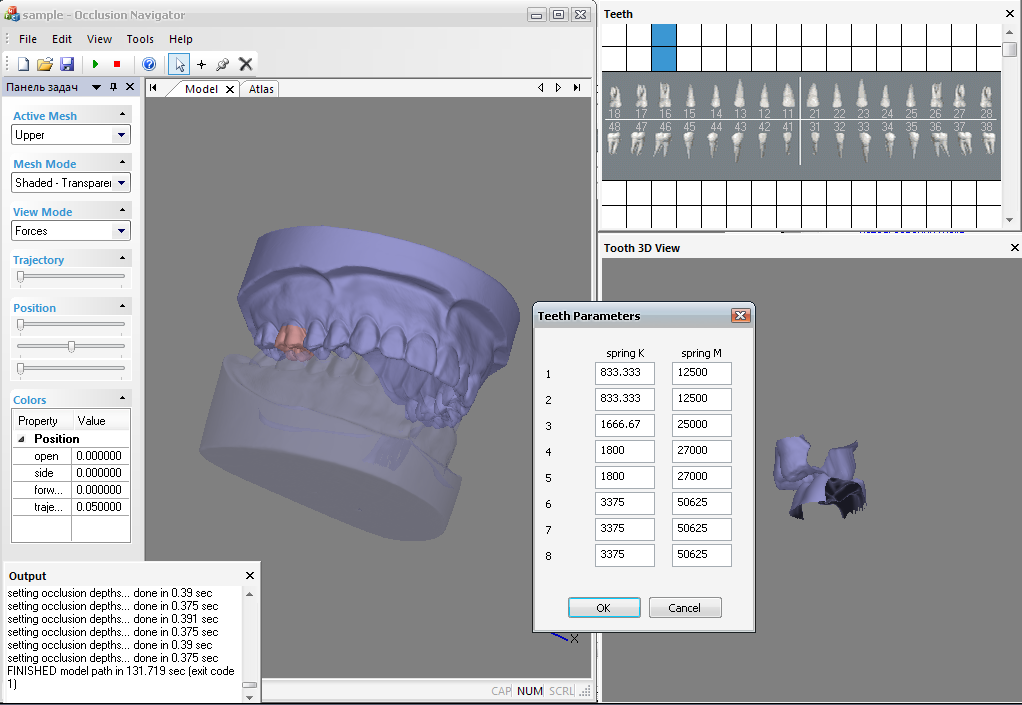 The project aims to address the fundamental problems in the development of research methods in information-modeling environment theory of muscle contraction.
Building a computer simulation to model the elastic deformation of the muscle tissue on the basis of the theory of strength of materials, biochemical and biomechanical constants helps to streamline the work to create an artificial muscle fibers, for example based on polymer materials, or nanomaterials. The development of artificial muscles is a promising approach to solve the problems of restoration of function of the musculoskeletal system and mimic muscles.

A special case - the definition in the virtual space positions of three-dimensional model of the mandible relative to the top, produced in CAD / CAA / CAM system, in the process of chewing brought to the wider problem frequently encountered in the technique for the calculation of dynamic models.
Idea of the approach lies in the fact that, with the geometry of the interacting surfaces in the dynamic process and the boundary coordinates of this process, it is possible to position the geometrical analysis of the virtual model accurately calculate and visualize the dynamics of the process.